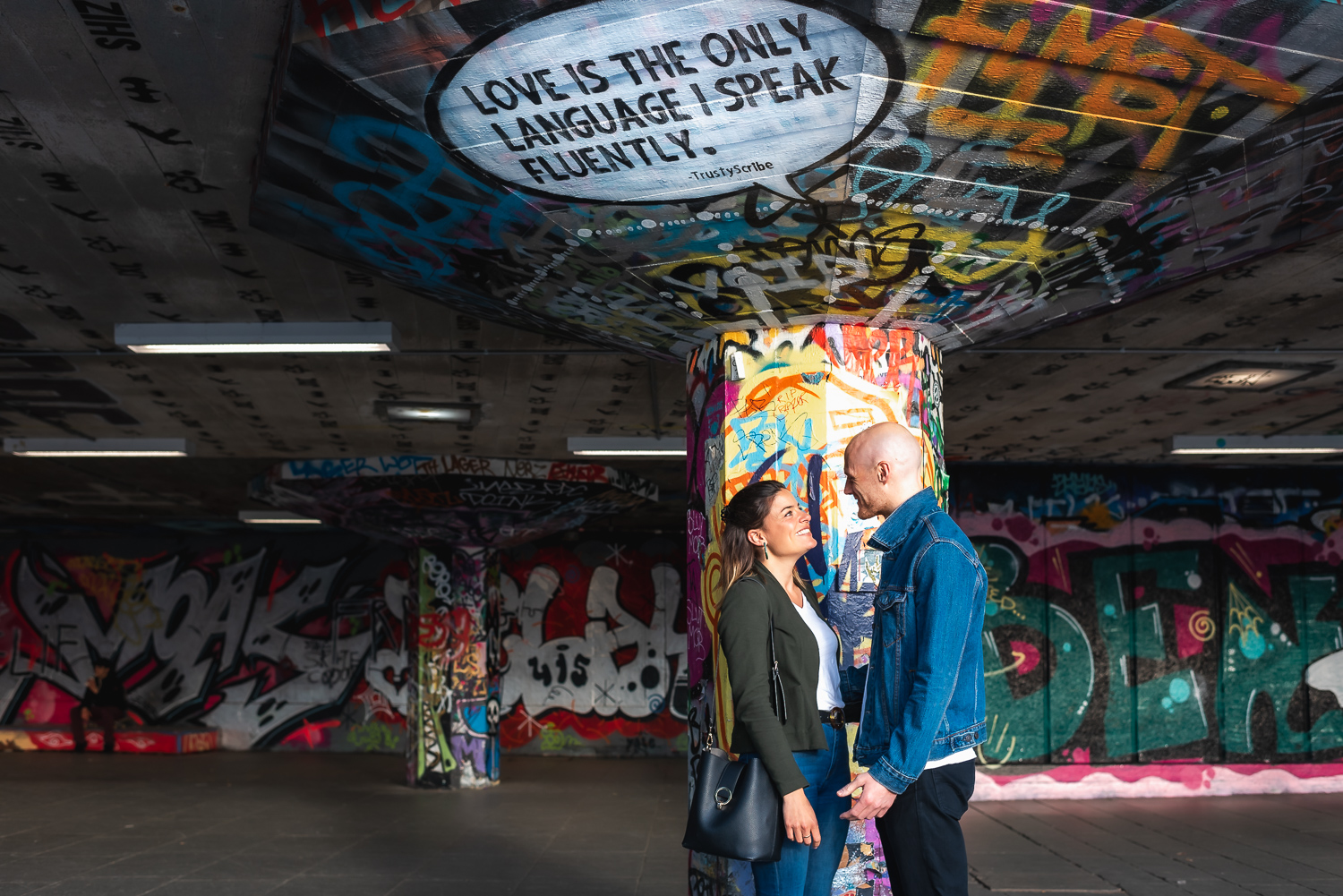 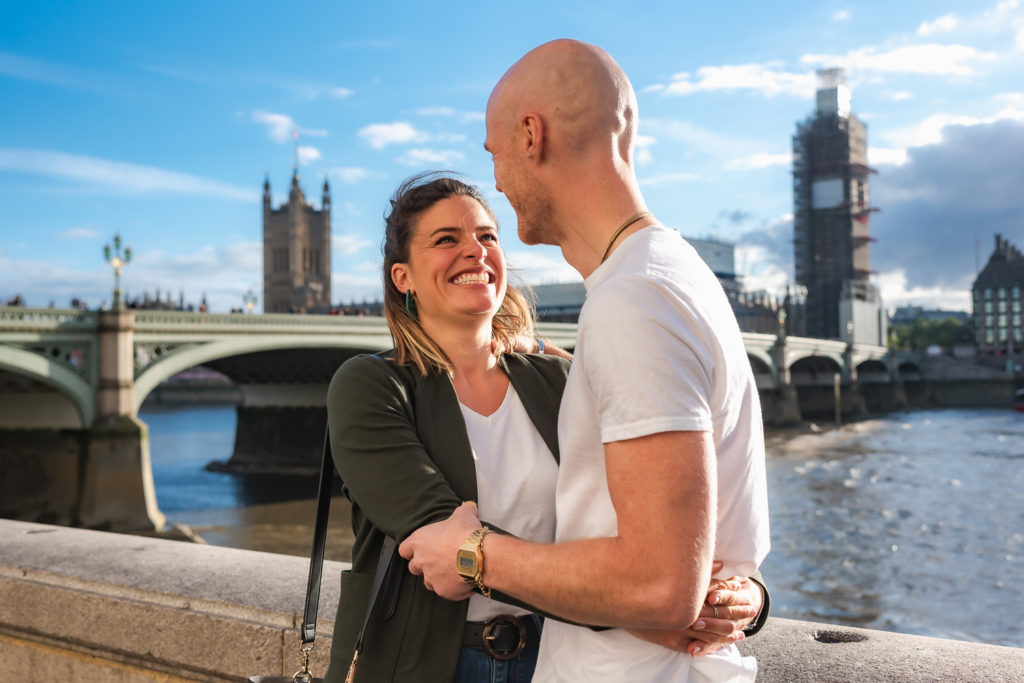 Kate said yes to Dom when he got down on one knee on Millennium Bridge, so I thought a South Bank engagement shoot would be the perfect location for this couple. A walk along the South Bank serves up a mixture of iconic views, interesting architectural elements and a variety of cultural components that would lend themselves well to a shoot. And while it’s a super busy spot, you can find pockets of calm – especially if you descend onto the beach of the Thames. We met on Westminster Bridge, and I wanted to start the shoot with the Houses of Parliament behind while we were on this stretch of the river. We made our way East along the river, and the first stop was the skate park with some graffiti perfect for a couples shoot! We carried on our way down river, stopping under bridges and then checking out the architecture of the National Theatre. We found some cool spots that have some great natural framing. I’d had in mind some other steps when imagining the shoot, but I didn’t find them as other opportunities presented themselves. We carried on heading east, and dropped down onto the beach of the Thames. This allowed us to escape the crowds and get an interrupted view of St Paul’s cathedral and the new skyscrapers of the City of London. Our final destination on our South Bank engagement shoot was Millennium Bridge. We managed to get underneath the bridge which made for an unusual perspective, and then the bridge itself provided a number of cool opportunities including reflections in the glass panels. I also wanted to shoot with a slow shutter speed so I could blur any people moving by. Usually you’d want a tripod for this, but I was travelling light and so had to stay as still as possible and hope the shots were sharp. Fortunately it worked, and was a great way to finish the shoot. It was awesome to spend some time getting to know Kate & Dom before their wedding in July, and they’re thrilled with the pictures. If you’re looking for a wedding photographer, please get in touch. 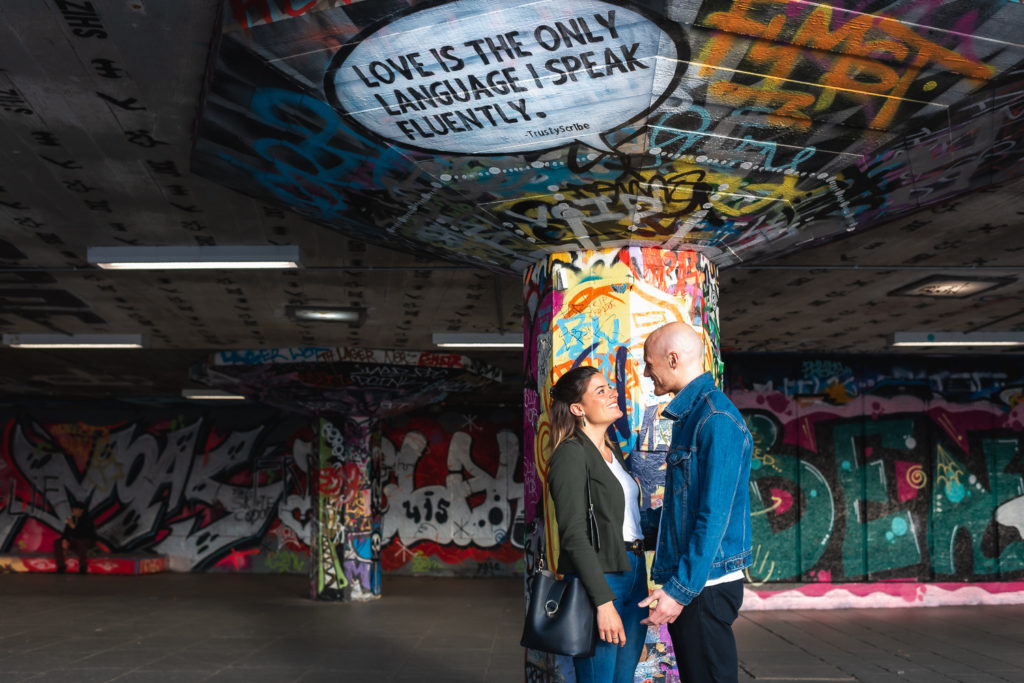 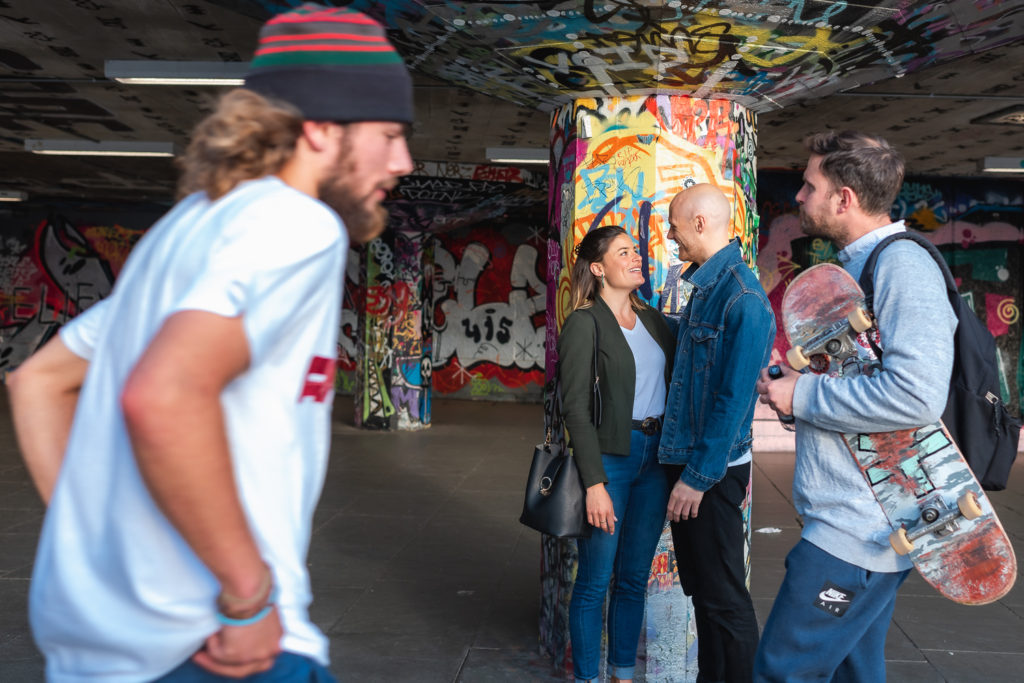 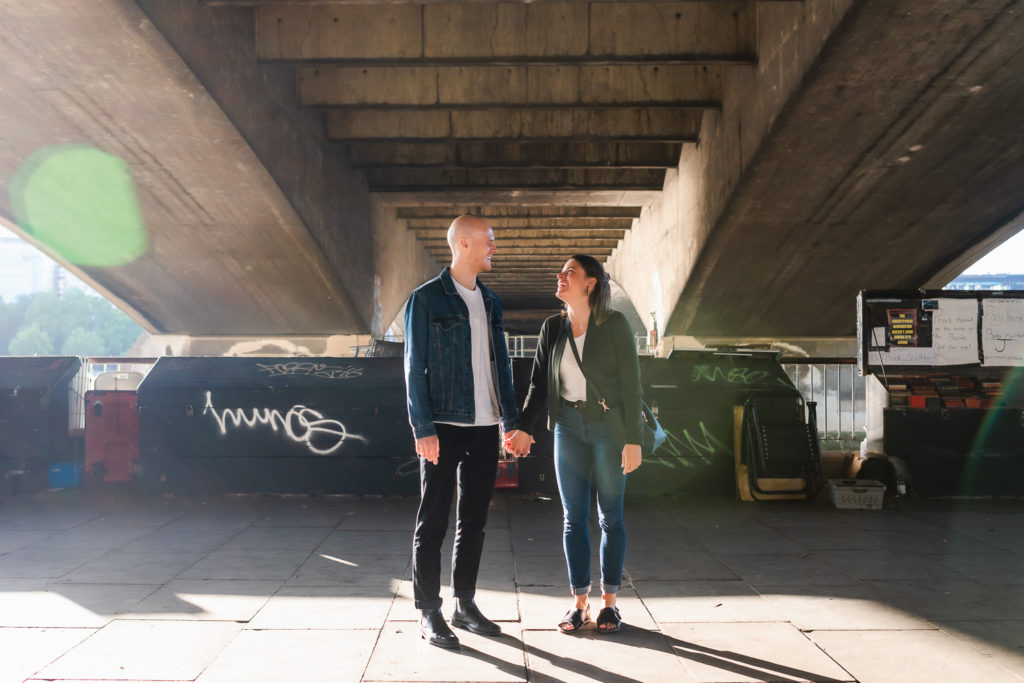 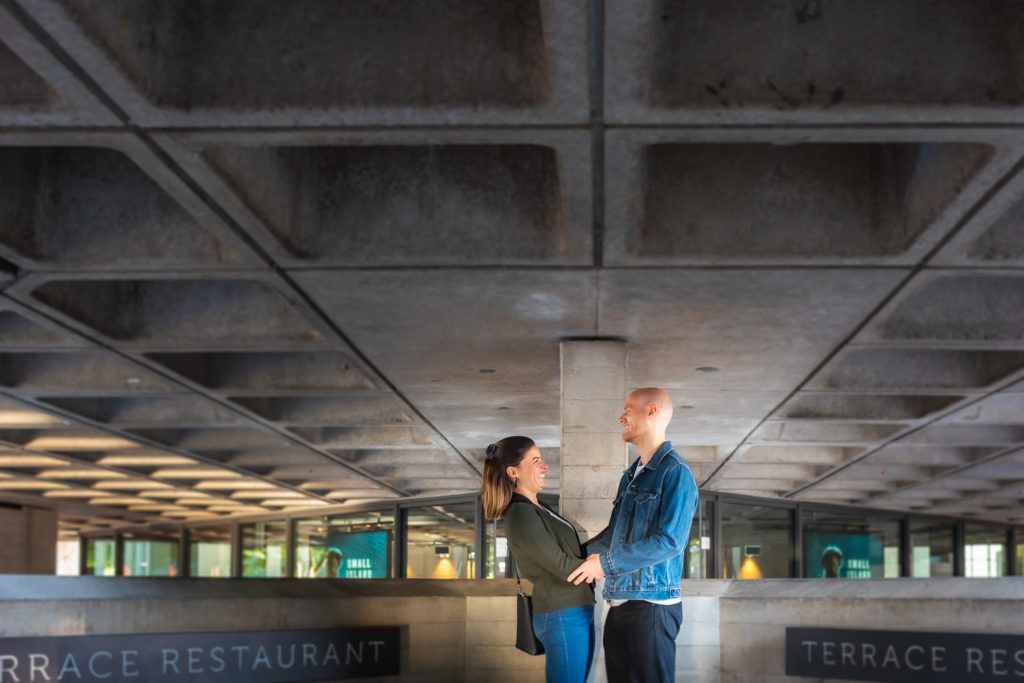 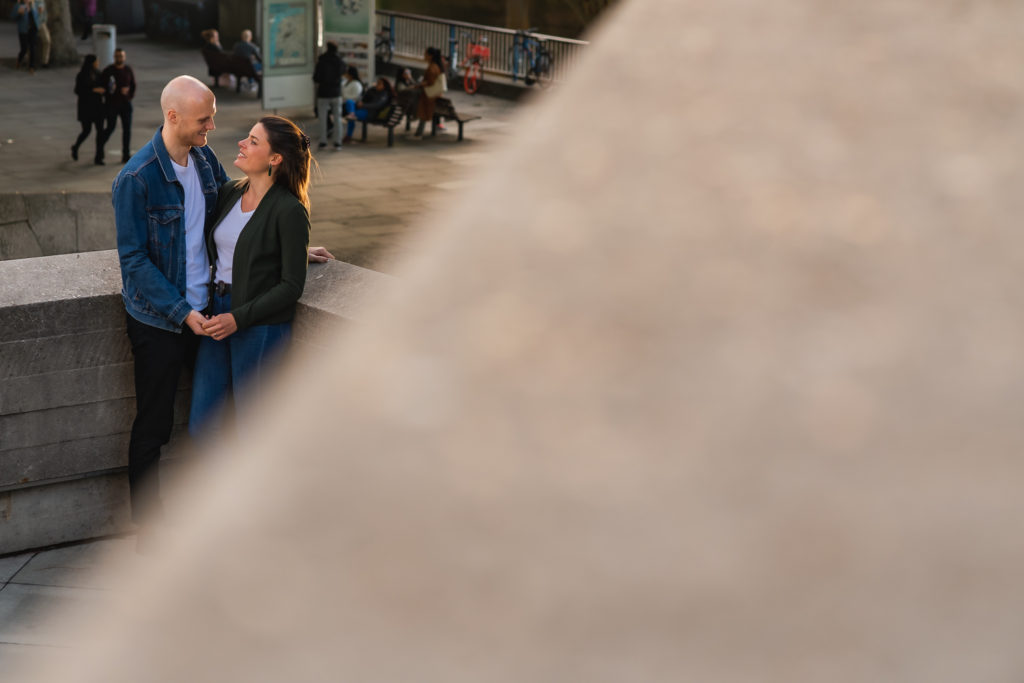 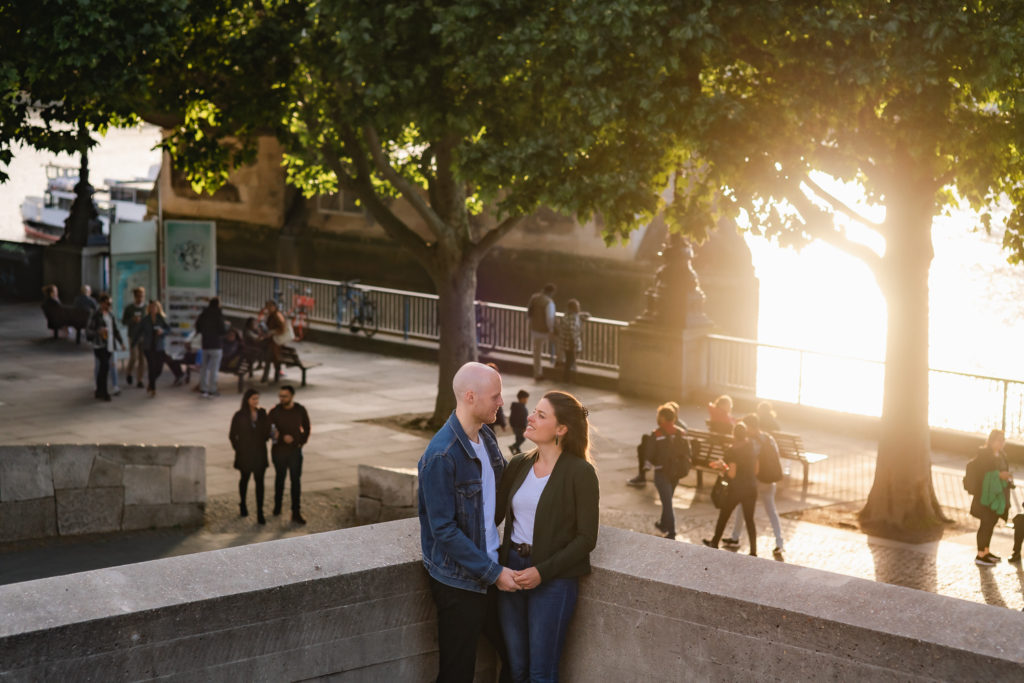 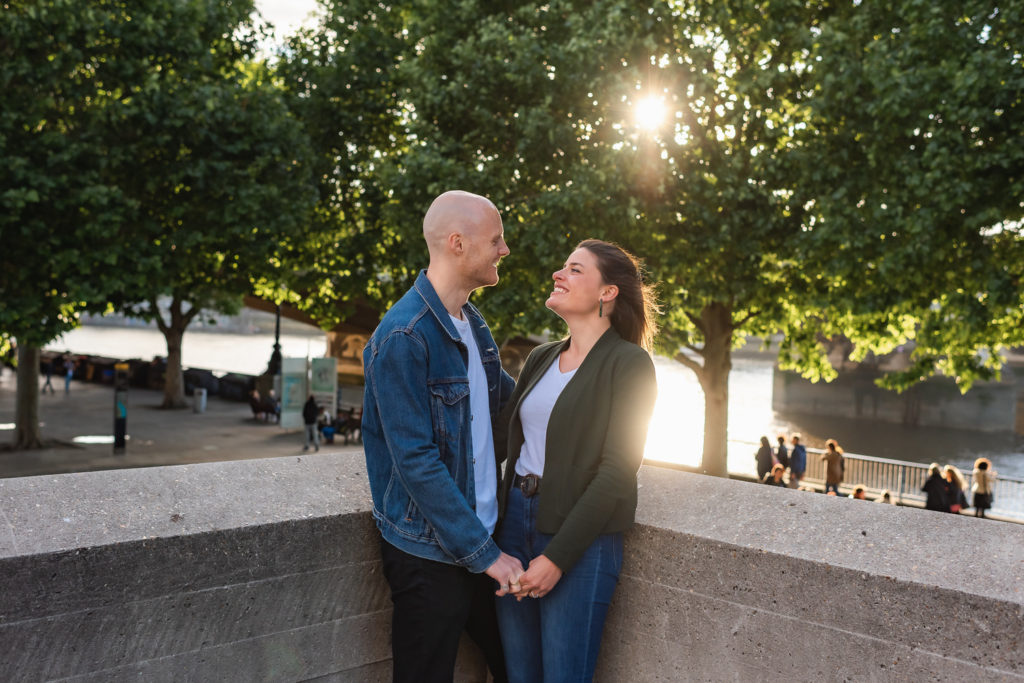 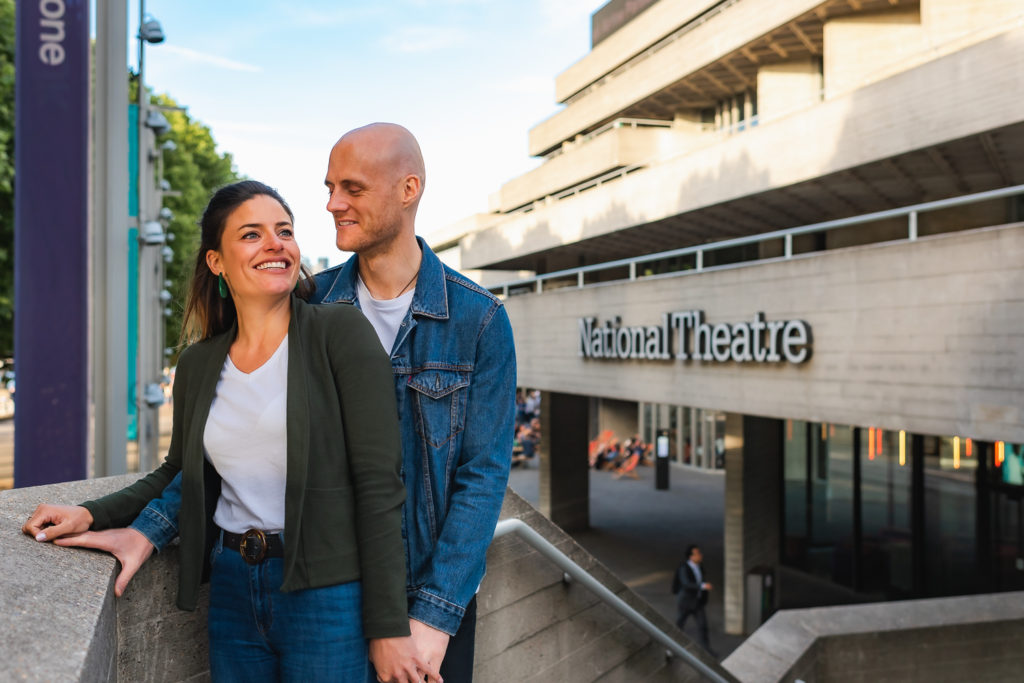 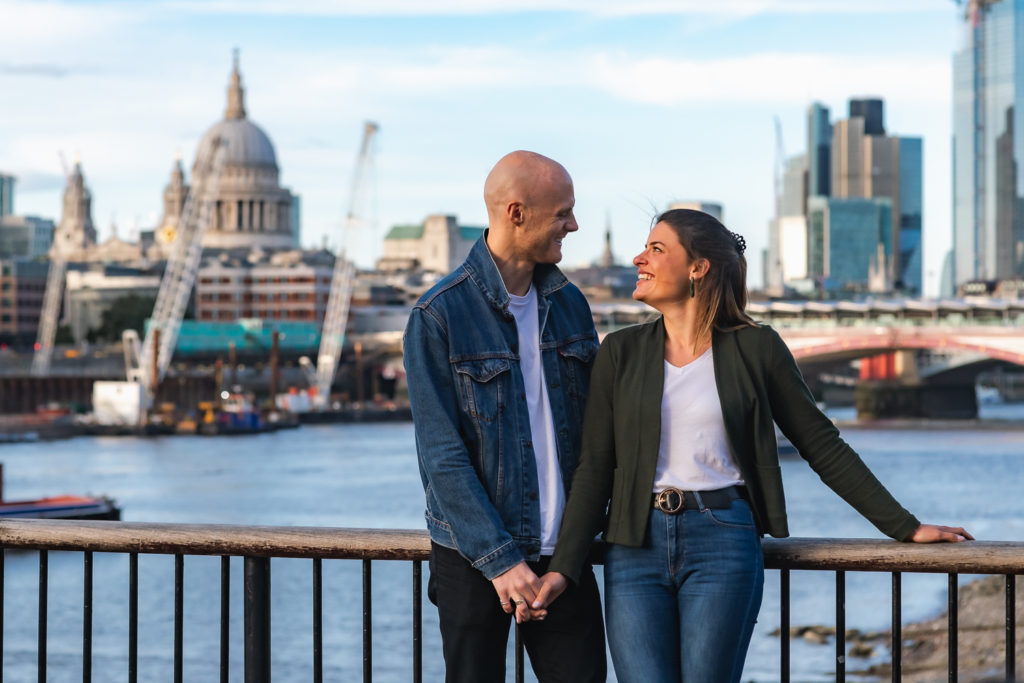 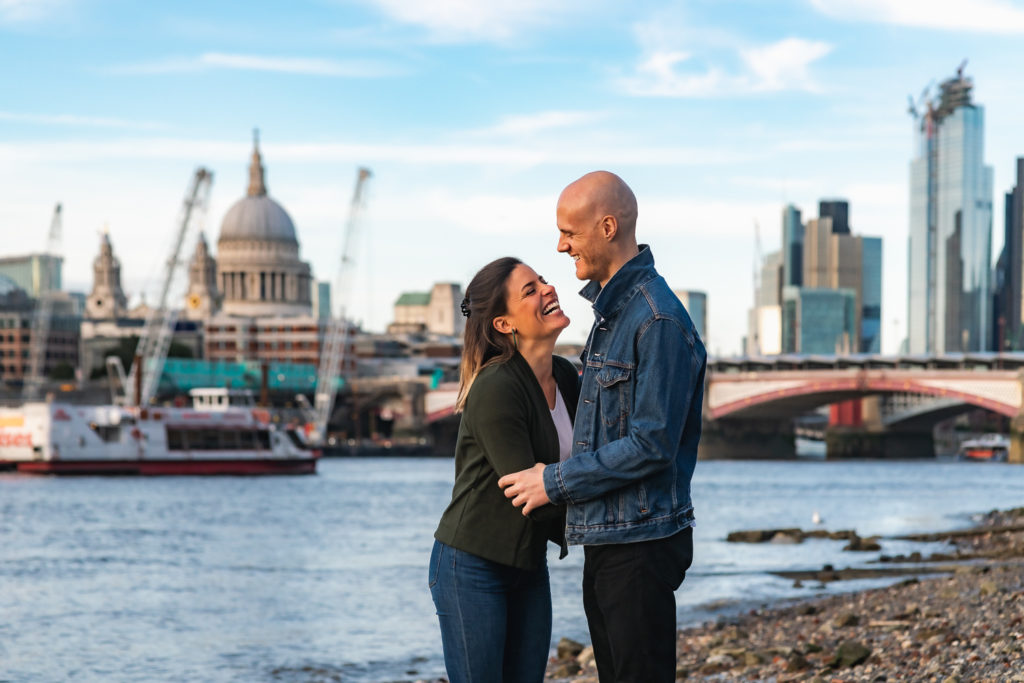 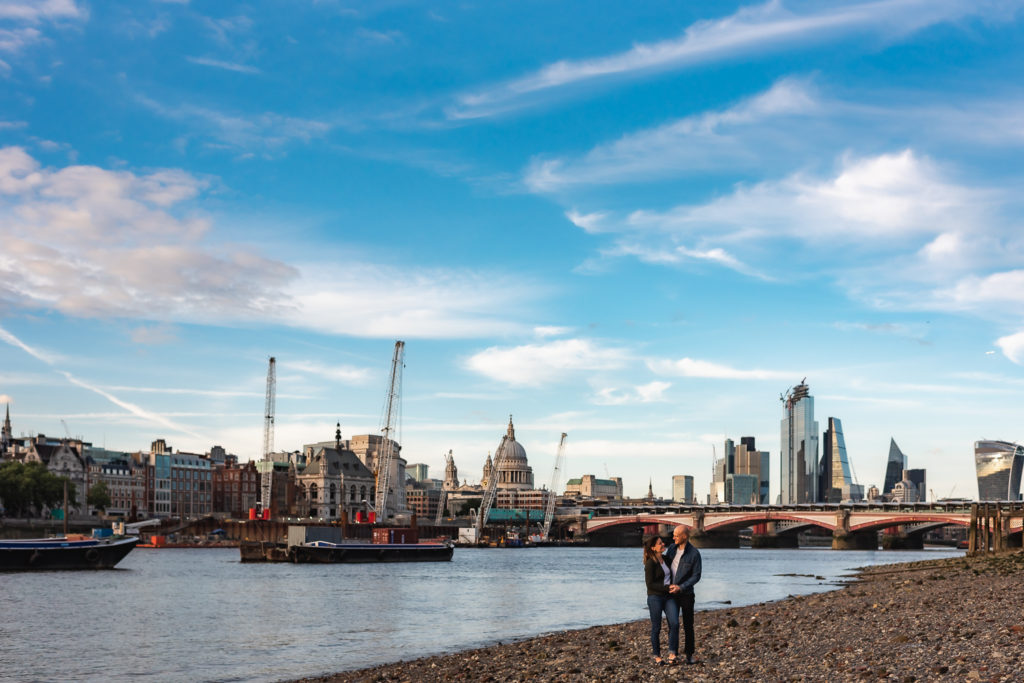 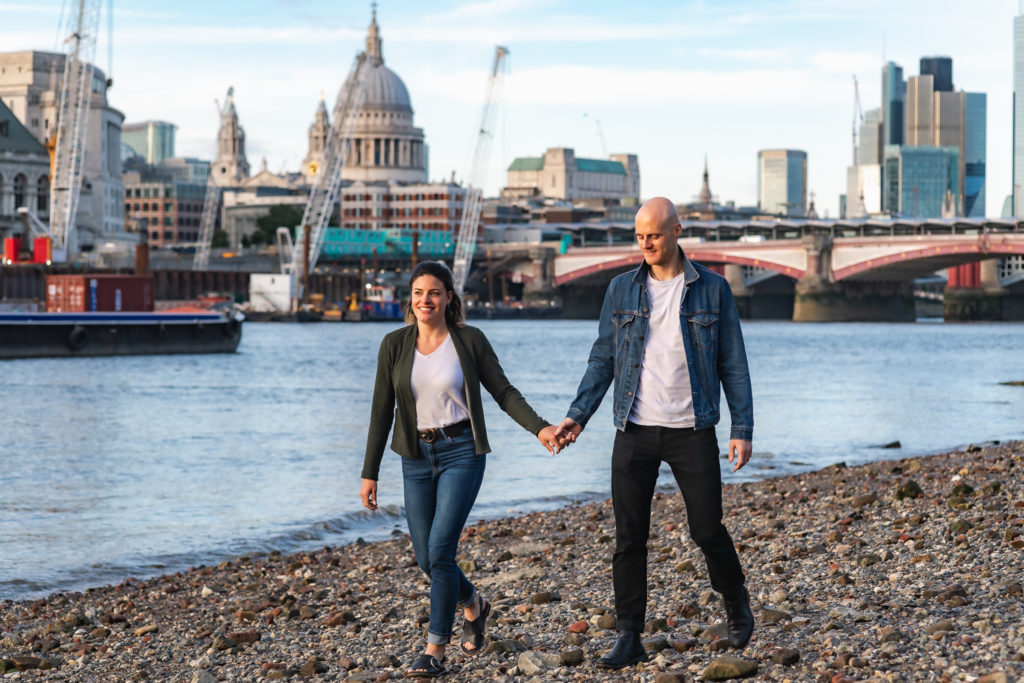 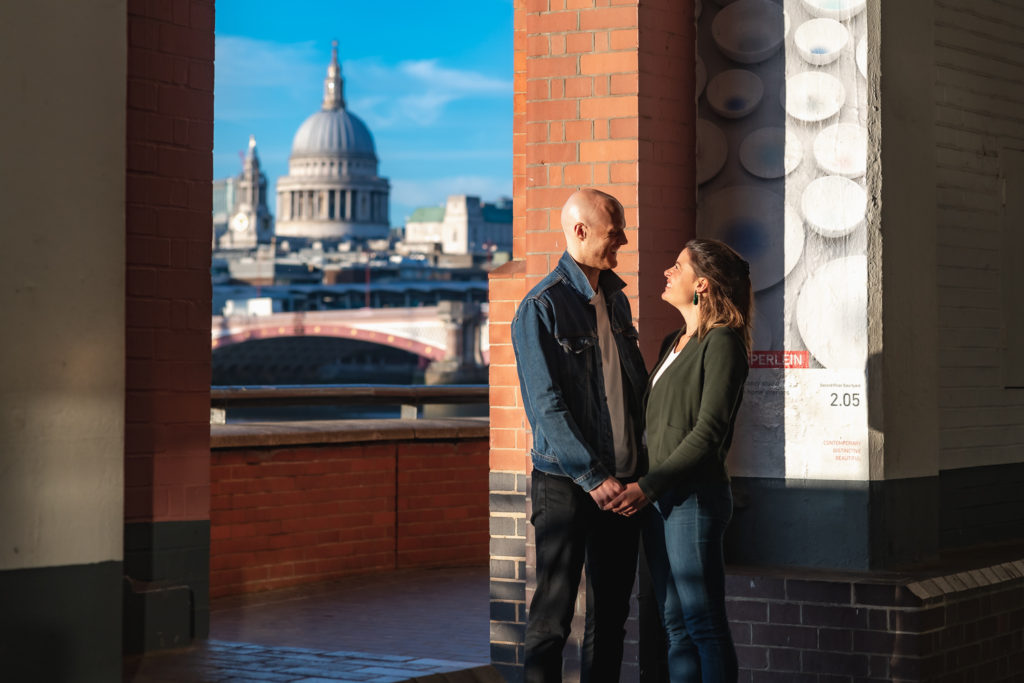 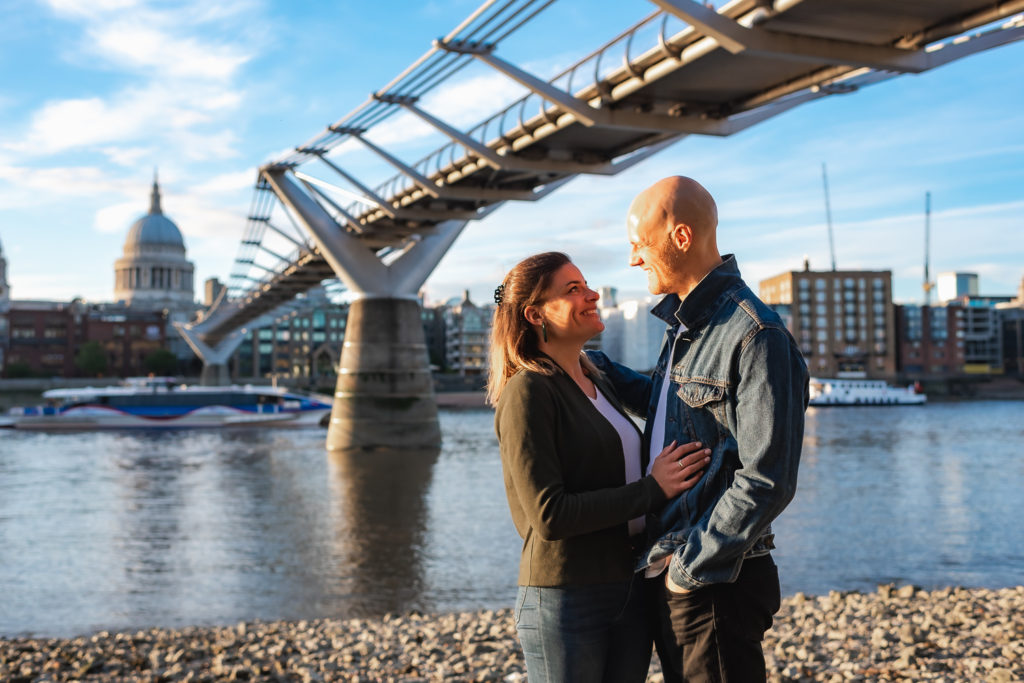 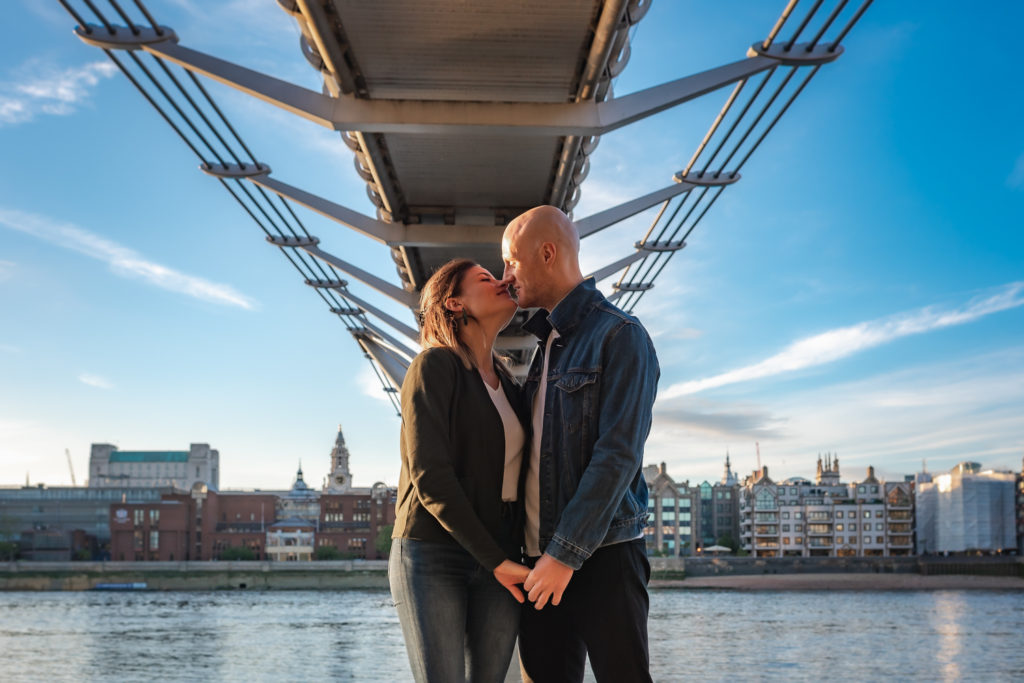 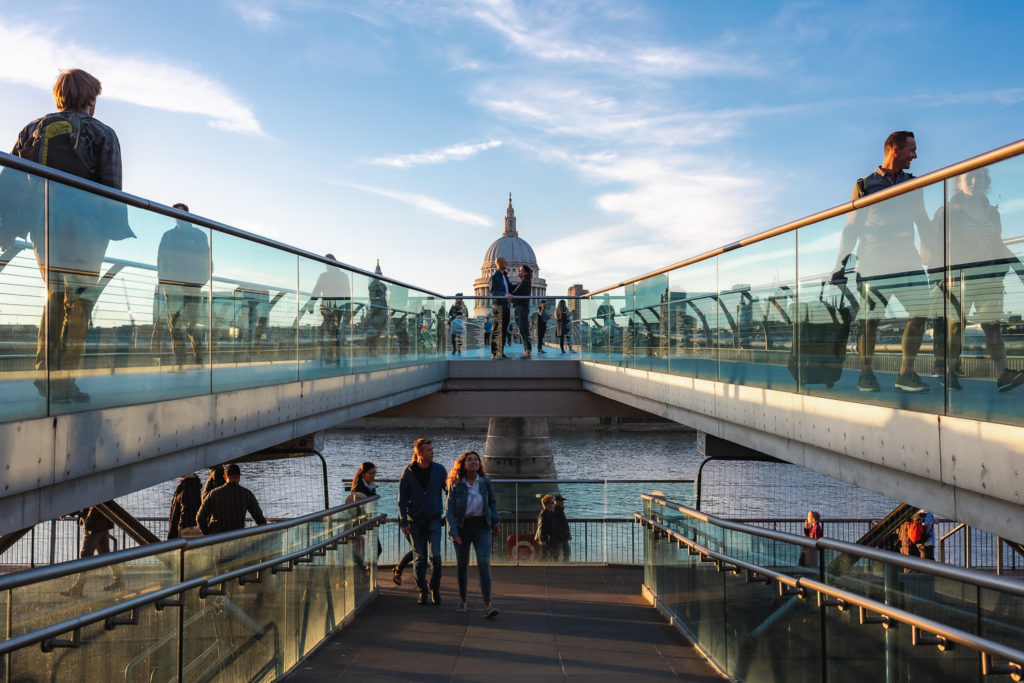 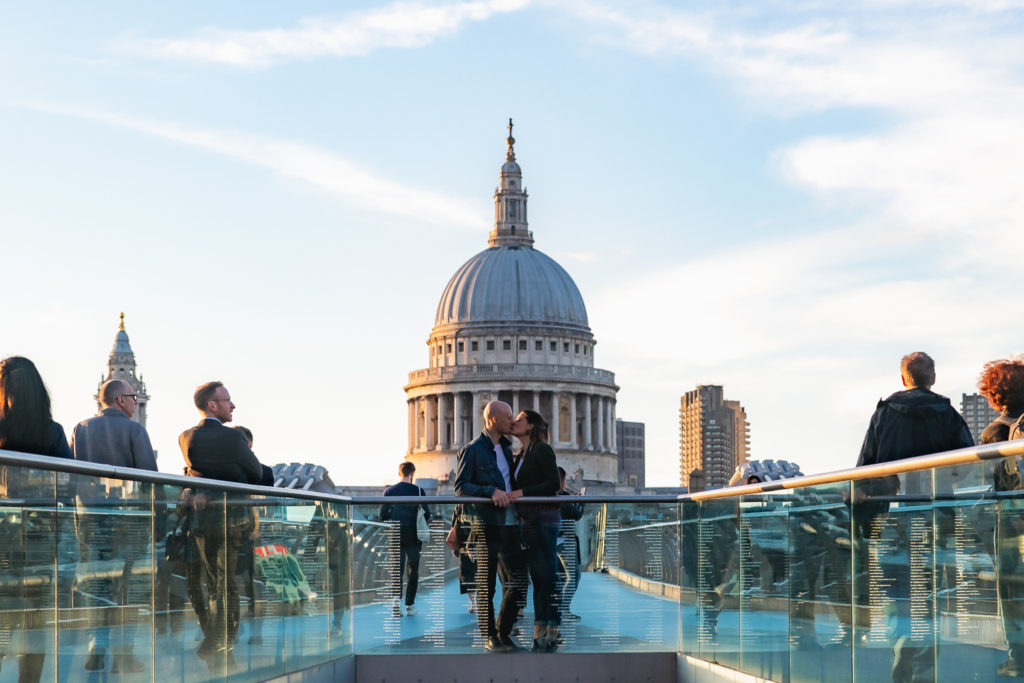 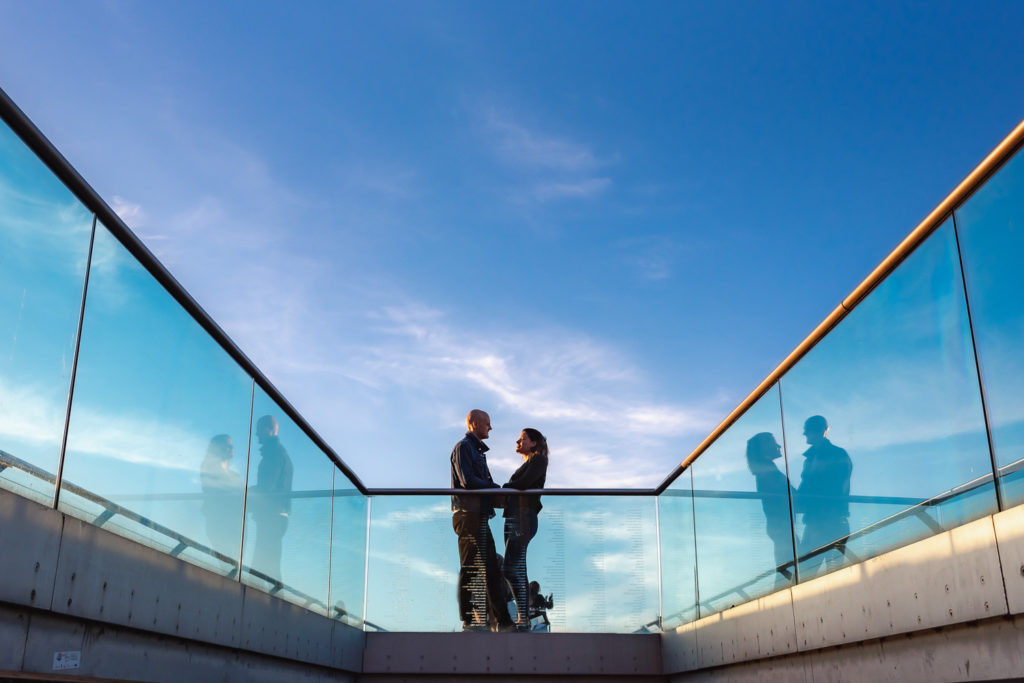 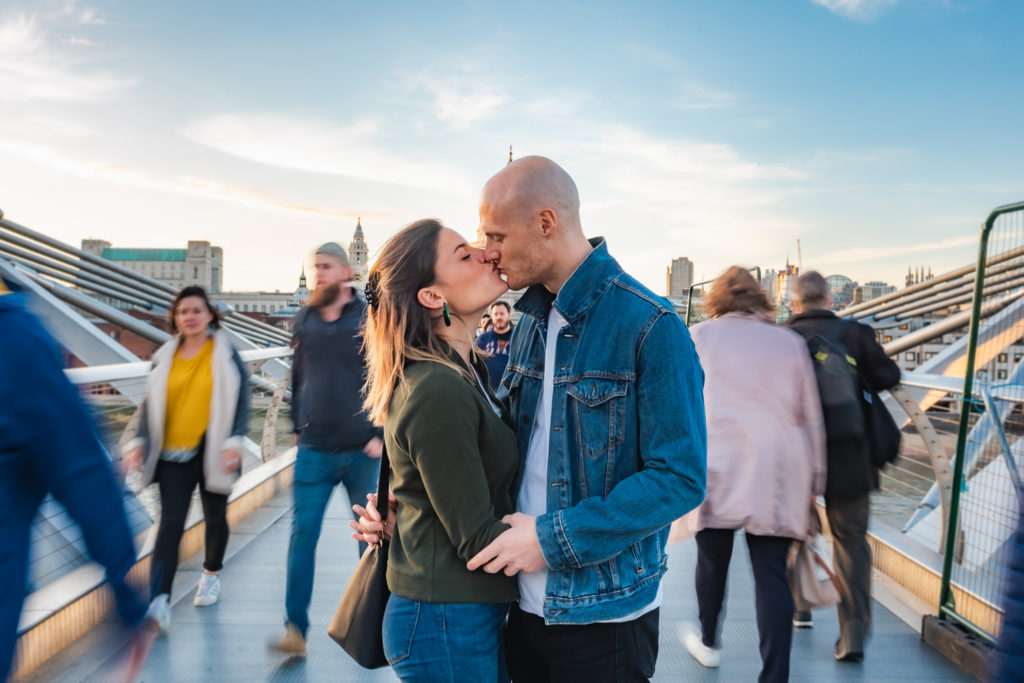